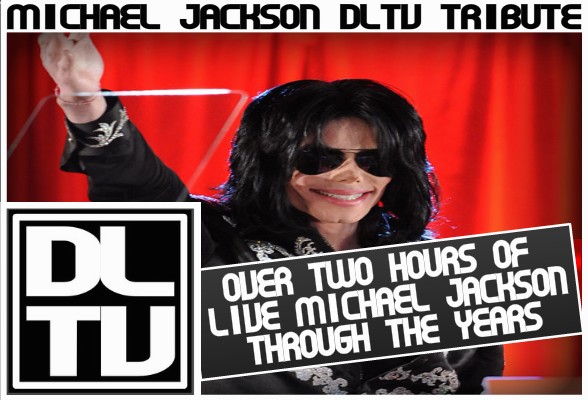 Over two hours of ripping, ferocious live Michael Jackson, from the Ed Sullivan/Sonny & Cher/Soul Train/American Bandstand days to the later Jacksons tours including the Victory Tour for the Thriller album, appearances at some of his biggest events like the Superbowl and enormous European stadium shows, plus much more. All live Michael Jackson, in a show recorded live here in Waikiki the day after his death. Still, nothing like it out there paying tribute to MJ in terms of the deep nuggets, juicy unbridled funk, guest appearances from Slash that still are not covered elsewhere, and many more moments to savor.

Happy Birthday Michael – We’re celebrating your life today proudly on DLTV. Join us and watch the tribute as it re-airs continuously all day.