Click the photo to visit my page at HPR and hear the entire interview with Kelvyn, plus see a classic live Defunkt video, and see why everyone from Fishbone to The Red Hot Chili Peppers to Living Colour to Bad Brains gives these guys enormous credit for their pioneering funk/jazz/rock sound. Hope you enjoy this interview with a true innovator.

Click the photo to visit my page at HPR where you can hear the complete new interviews with Hall & Oates’ John Oates, Shawn Colvin, The Cult’s Billy Duffy, Fastball’s Miles Zuniga and The Alarm/Big Country’s Mike Peters.

Last week on Tuesday the new Queensryche album Dedicated to Chaos dropped, and I was fortunate to speak with singer Geoff Tate. This new interview covers a lot of different topics, and Geoff, if you’re unfamiliar, is a truly articulate, thoughtful guy to speak with. Some of the material discussed includes the new Dedicated to Chaos album, the future of records and touring, the fading record company/publishing/intellectual property commercial model, the late Ronnie James Dio’s importance to both Queensryche and Geoff, experiences here in Hawaii, first hand accounts of being in Iraq to perform for the troops and reflections on their epic, and emotional American Soldier album, Geoff’s passion for wine and winemaking, and much more. It was a pleasure to reconnect with a gentleman whose appearance in 2007 on my afternoon show was a real treat.

Hear this full-length new interview  and their new single Get Started now at HPR in my new release blog, and also listen to the interview in the 2011 interviews player on the front page here.

Rush were just named among the top-grossing touring acts this year, so we make our three-year anniversary special a Rush issue!

Hear the new July three-year anniversary issue of the Classic Interview Player with the legendary Rush guitarist Alex Lifeson! It was back in early 2003 I spoke with Alex, and this issue is a huge very special celebration: for the first time, hear the entire interview, with over half of it never aired before. It’s presented here for the first time ever.

Dig in and enjoy! Plus: go through the years and enjoy 10 incredible Rush classics live on video, including rare vintage mid-70’s cuts you may have never seen before!

Spoke with Geoff yesterday as his new Queensryche record dropped — Dedicated to Chaos — out and in-stores now. 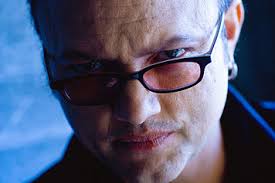 Listen for the interview soon — I’ll post a link here in the blog when it’s up for you to hear. We covered everything from this record, to topics like concept albums, the wars in Iraq and Afghanistan, his passion for wine-making, the future of albums and touring as it relates to technology, and much more.

Hear the new song “Get Started” —