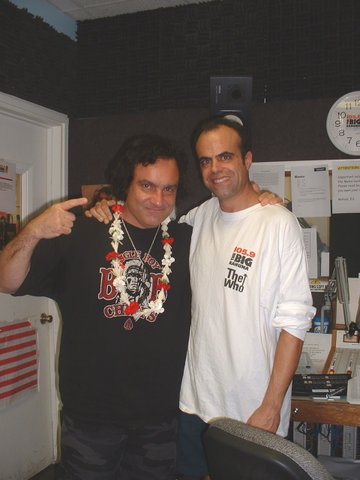 Carmine’s baby brother with the different pronunciation, Bruddah Vinny as his Hawaii fans affectionately know him, returns to the fold with a fresh DL interview. He’ll be camming in from the East Coast and joining me for the daily rock news and video report I do on the Shovio Network, DLTV On Shovio, Mon-Thurs. 10p EST/7p PST/4p HST. This Monday March 22 we get the 411 on Ronnie James Dio’s cancer, Tony Iommi’s hand surgery, Vinny’s shoulder surgery, and Geezer Butler ducking and hoping no medical drama reaches the famed NIB introing Terrance.

All that and more as Bruddah Vinny – the powerful drums behind Black Sabbath’s epic “Mob Rules” album… their 1982 tasty 2LP live set “Live Evil”… Dio’s “Holy Diver” and “The Last In Line” opuses… some righteous drumming for sure. We’re proud to welcome him to DLTV On Shovio- hope you can make it, too.

As if one great drummer wasn’t enough, catch Shinedown’s Barry Kerch as my special guest Thursday to end our week of fun… Shinedown have had a string of successful recent hits — “Second Chance”, “If You Only Knew”, and “Sound Of Madness”… They gigged in Honolulu recently — see more pics from it further in the blog — and we had a fantastic sit-down over at the hotel, chillaxing lol… Seriously, a special chat, and some of this cool new video interview is being featured to wrap up our week this coming Thursday March 25.

This is a chance to touch base with a monster talent in one of rock’s most popular contemporary acts. Shinedown came through Honolulu and rocked Pipeline Cafe. We got to spend time with them at the hotel and the gig, and in addition to recording a long-form interview for Hawaii Public Radio, I scored a companion video of it, hence, our cool new video interview with Shinedown you’ll be enjoying a taste of this Thursday March 25 as we do our Friday Fiesta a day early, as usual, for DLTV On Shovio.

Read first-hand accounts of meeting these stars at ifollo.com with details and photos. 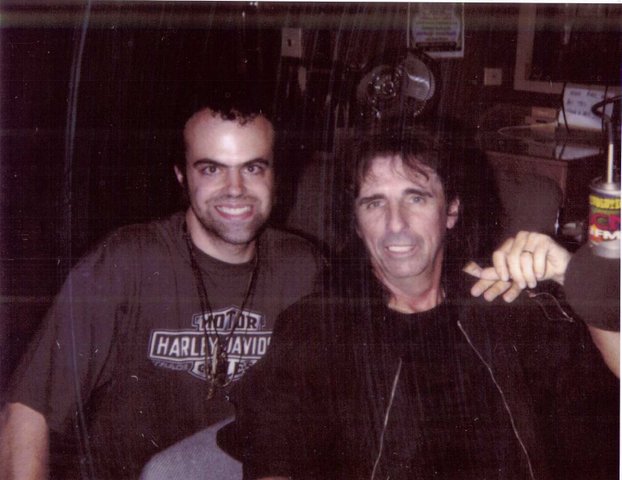 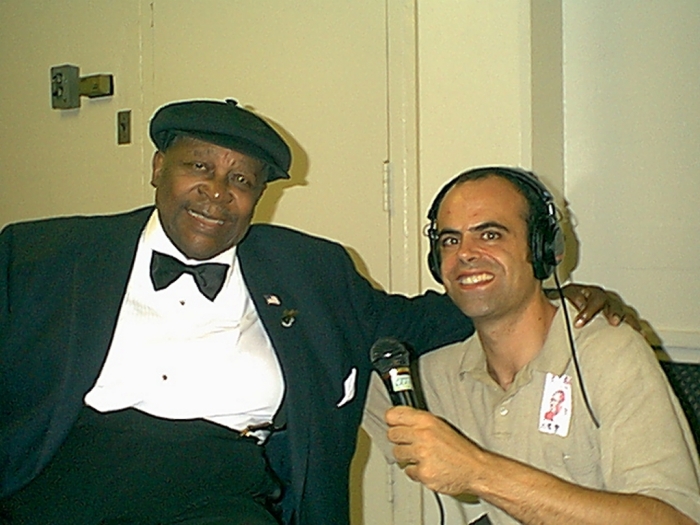 Watch the surprise appearance by legendary drummer Carmine Appice during the Feb. 16 2010 episode of DLTV On Shovio, on the new interactive Shovio Network. Carmine spoke about the sudden passing of his friend and fellow musician The Knack’s Doug Fieger. See more on-demand @ http://shovio.com and at the DLTV Facebook page, http://facebook.com/DLTVfanpage — and of course get much more live every Mon-Thurs 10p Eastern/7p Pacific/5p Hawaii time. Watch live on the Dave Lawrence homepage at https://davelawrenceonline.com/dltv. 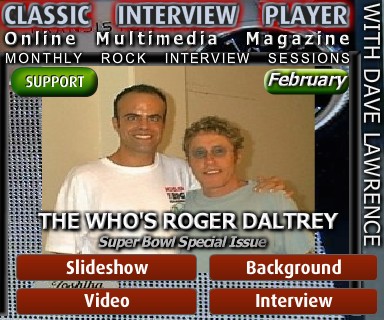 Do not miss this incredible Superbowl special issue of the Classic Interview Player. This month, we celebrate our friend Roger Daltrey in the Superbowl Halftime Show, and do it in raging style.

First of all, enjoy highlights of the first interview I did with Roger, in July 2004, as a very cool flashback to take in this month as he belts out The Who classics in front of the biggest audience of his career. Go to Background for some interview details, and listen to the interview on-demand all month.

Then, get into over two hours of mind-bending Who video: see The Who through the years, including a complete live performance of Tommy recorded in 1989- over one hour itself. Plus Woodstock, Isle Of Wight, Concert For New York, The Kids Are Alright film, and much more.

Review a selection of Roger Daltrey images in our monthly slide show, featuring many rare and hard to find photos.

There are the necessary official links and most of all, just a timely treat for you to enjoy.

Hit the contribute button if you’re digging it, and mahalo for the strong support.